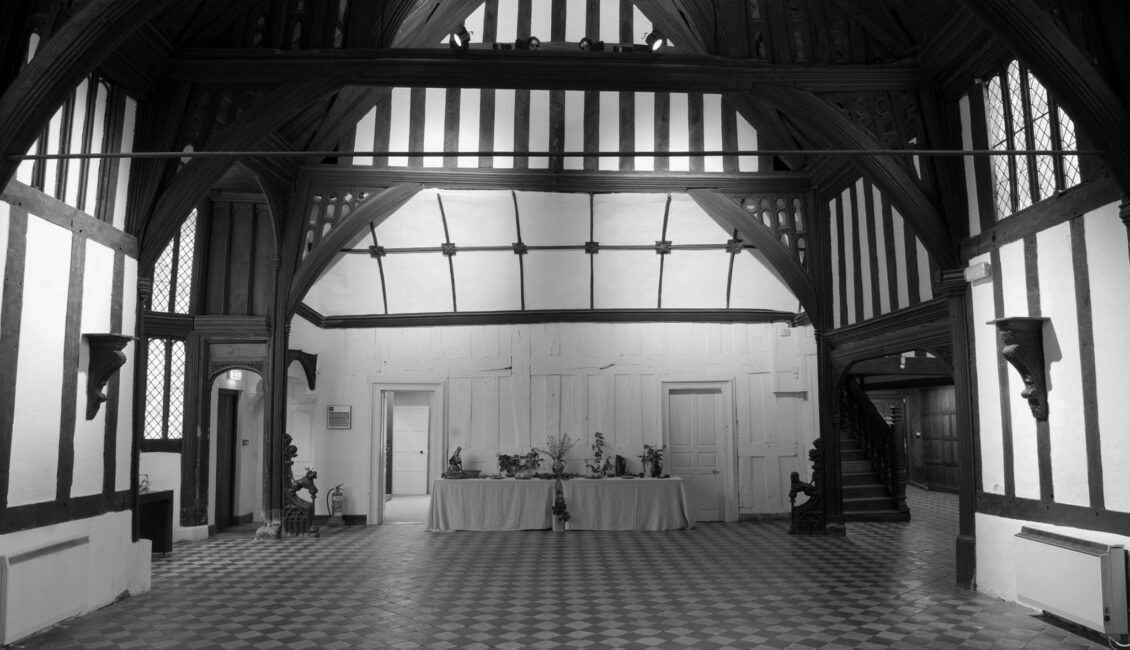 New Dates for 2023 will be published soon…

This special evening Ghost Hunt is suitable for those who have early Sunday morning commitments or those who wish to go for something to eat or drink afterwards.

We know very little about the early history of the Commandery. Tradition has it that the building was founded as a hospital around 1085 by Saint Wulfstan, then Bishop of Worcester. However the hospital was built around a much earlier Saxon chapel dedicated to Saint Gudwal – which was located to the North of the present building

The building attributed to Saint Wulfstan was a monastic institution designed to act as a hospital. It seems to have been established with the needs of travellers in mind. Its location, just outside the city walls beside the Sidbury gate, put it at the junction of the main roads from London, Bath and Bristol.

After serving its original function for nearly 500 years, the hospital was among the last monastic institutions to be dissolved by Henry VIII in 1540. From this date onwards the Commandery was to fulfil a number of vastly varied roles that would see it the focus of national events during the Civil War.

Most famously, The Commandery was Charles II headquarters in 1651 during the Battle of Worcester and it was to be the last battle of the Civil War that split England. During the battle, the Duke of Hamilton , was the Royalist Commander in Chief a commander of Charles II’s troop died of wounds suffered in the final stages of the conflict and his body along with the cavaliers he fought with were laid out in the Commandery. The Commandery has had a long and varied history and it’s believed some of the previous inhabitants are still haunting this huge building!

There are many ghosts, but the most famous is of the Duke of Hamilton. Some years ago a local man arrived early for a meeting in the Solar part of the Commandery. After some minutes he left in terror not able to explain what he had experienced and vowed never to go into the room again.

To this day it is not known what he saw. Other visitors to the Solar room have also felt a strange coldness and an overpowering presence, which remains unexplained. Some say it is the Duke of Hamilton in the throes of his agony.

Reports of other ghosts include: • A Ghostly Monk seen walking across the Minstrel’s Gallery • Sounds of clattering of armour and swords outside the Great Hall • The Spectre of a crying woman in the Preacher Room • Duke of Hamilton’s Death Groans echoing through the museum! You have the chance to spend the night at the Commandery and to possibly experience and record real paranormal activity. You will be taking part in a workshop, using ghost hunting equipment and undertaking ghost hunting vigils with our paranormal investigators and clairvoyant medium. You will be staying in one of the most haunted locations in Britain so we suggest that you bring cameras, camcorders and other recording equipment, you may be lucky enough to capture something truly paranormal!

The Commandery Ghost Hunt includes:
Psychic and Ghost Hunting Equipment
Experiments including seances and glass divination
Ghost Hunting Vigils
Hot Drinks and Biscuits
Expert advice and discussion about the paranormal
Your chance to stay in a haunted location at night!

Please note: Over 18s only – no pregnant women allowed and attendees must be reasonably fit.

For more information please see our Terms and Conditions.

I Accept
Add to Calendar